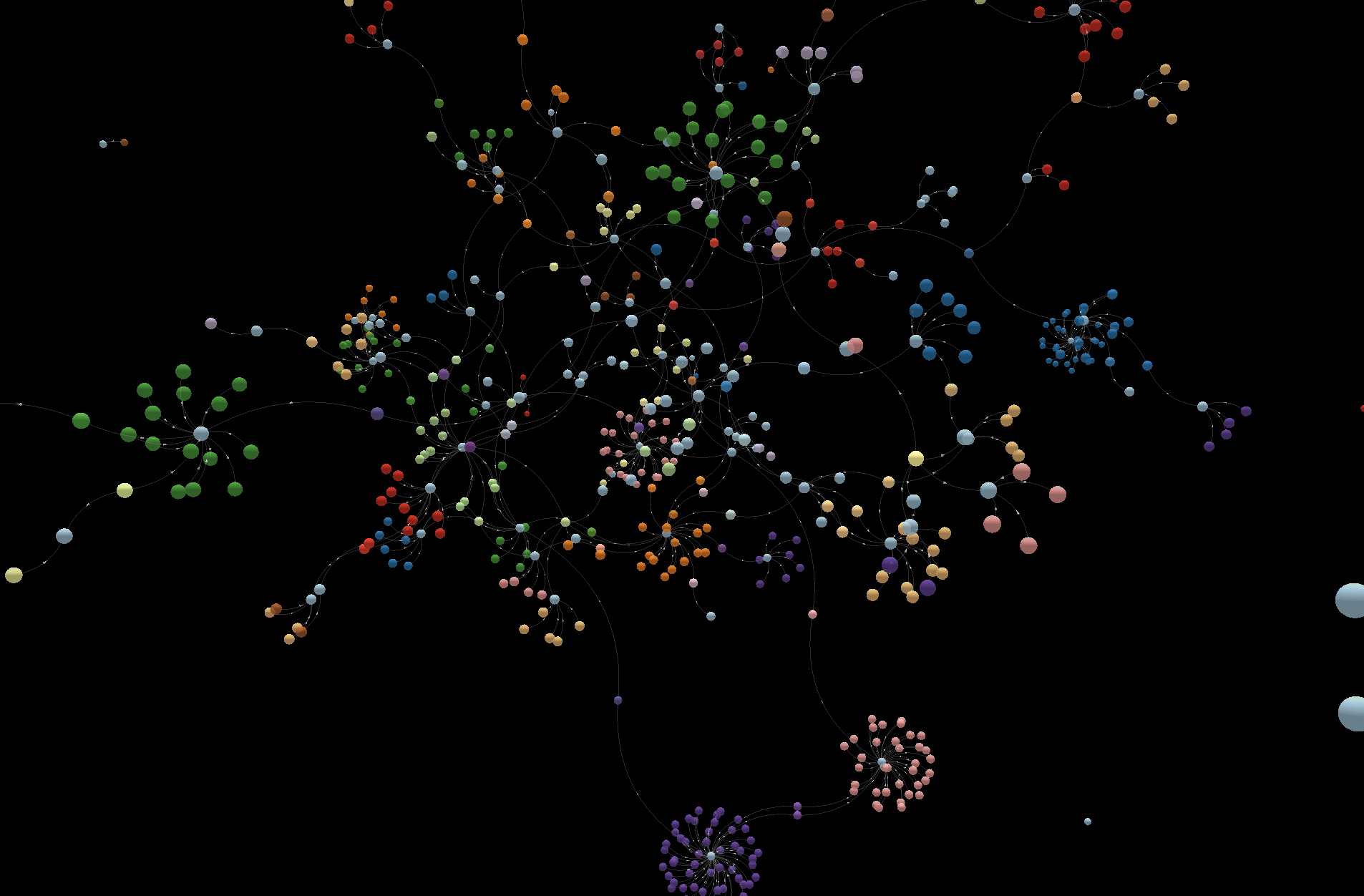 Theia
As part of our Theia framework, where we use non-matrix factorization to cluster genes and their regulatory RNA in a context-aware manner, we also include a method of visualizing the generated modules online here: https://schaterji.io/theia. The problem is that if such a graph is created with a non-trivial number of input microRNAs (regulatory RNA) and genes, the result becomes unreadable. For this reason, we create one node for each co-module and point all the genes that are part of that co-module to it. If a gene is part of two modules than it will point to two modules and so on. We used the force-directed algorithm to render the resulting graph. Our implementation is interactive and allows the user to rotate the graph, which means that overlapping nodes are less of a problem. We can see from the visualization that the number of modules in which a particular gene is a member follows the skew normal distribution—the majority of genes only point to one module, a fair number point to two, and even fewer point to three, and so on. We also see the varying number of genes per module. A few modules are very large while the majority only contain a few genes.

Abstract
Background
MicroRNAs (miRNAs) function in post-transcriptional regulation of gene expression by binding to target messenger RNAs (mRNAs). Because of the key part that miRNAs play, understanding the correct regulatory role of miRNAs in diverse patho-physiological conditions is of great interest. Although it is known that miRNAs act combinatorially to regulate genes, precise identification of miRNA-gene interactions and their specific functional roles in regulatory comodules remains a challenge. We developed THEIA, an effective method for simultaneously predicting miRNA-gene interactions and regulatory comodules, which group functionally related miRNAs and genes via non-negative matrix factorization (NMF).

Conclusions
THEIA is a theoretically rigorous optimization algorithm that simultaneously predicts the strength and direction (i.e., up-regulation or down-regulation) of the effect of modules of miRNAs on a gene. We posit that if THEIA is capable of recovering known clusters of genes and miRNA, then the clusters found by our method not previously identified by literature are also likely to have biological significance. We believe that these novel regulatory comodules found by our method will be a springboard for further research into the specific functional roles of these new functional ensembles of miRNAs and genes,especially those related to diseases like breast cancer.